… I changed the header!

I had also another version of the header image, but the current one won the poll I did on Twitter…
…is what I was going to say but In the end I went for both 😀

Below is a comparison of the alternatives as well as the result of the poll.

Remake of the previous header

Cropping changes the impression of drawings quite a bit, doesn’t it. (As a weird as this one is I rather like it.) 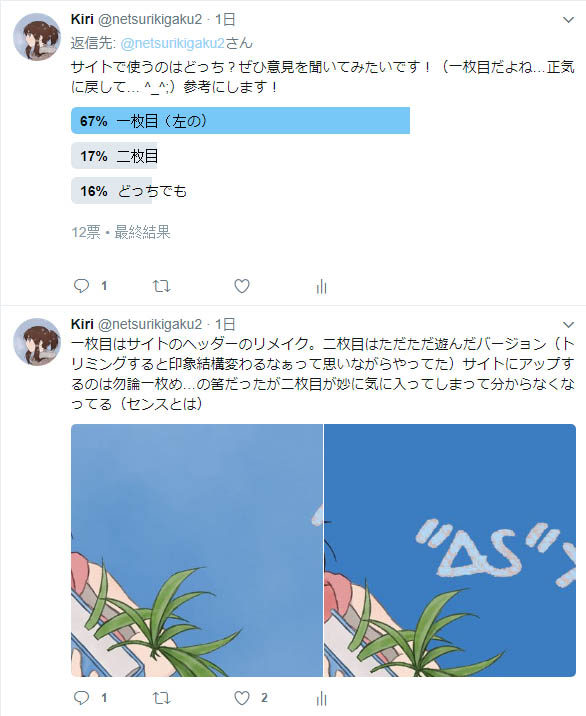 The result of the poll

Here’s also a link to the whole drawing (upright rather than tilted) on Twitter.