The story is a mixture of several different genres. But if I had to choose just one, I would say ’contemporary fantasy’.

The story doesn’t take place in any actual existing place. Rather, it is set in a place that somewhat resembles Finland (e.g. high school that is course-based, school year starting in the autumn, …) but has a lot of Japanese elements (e.g. names, use of honorifics) in it.

Why? Well, on one hand Finland as a place is familiar to me, but on the other hand I find many aspects of the Japanese culture fascinating. (And I can’t really say I’m familiar enough with Japan or Japanese culture to write a story that takes place there. It would probably end up being a story full of factual errors, and that is something I would rather avoid.) So it turned out like this. It is fiction anyway, so it doesn’t have to correspond to the real world. Or at least that is how I see it. What matters is consistency within the story itself.

Characters’ names are written with Japanese characters (no pun intended), i.e. kanji and kana. Also, they are in the order of surname first, then given name.

This is because I find Japanese characters and language extremely fascinating, and I’m having fun coming up with all the names and their readings.

As for the use of honorifics, I like how they reflect the relationships between characters. (Though I have to admit my knowledge of them might be somewhat limited and mostly based on radio programs, anime and manga etc.) They are one of the reasons I find it a really rich language. Thus I wanted to use them in this story. That might appear somewhat contrived, but on the other hand I just could not make myself leave them out either. 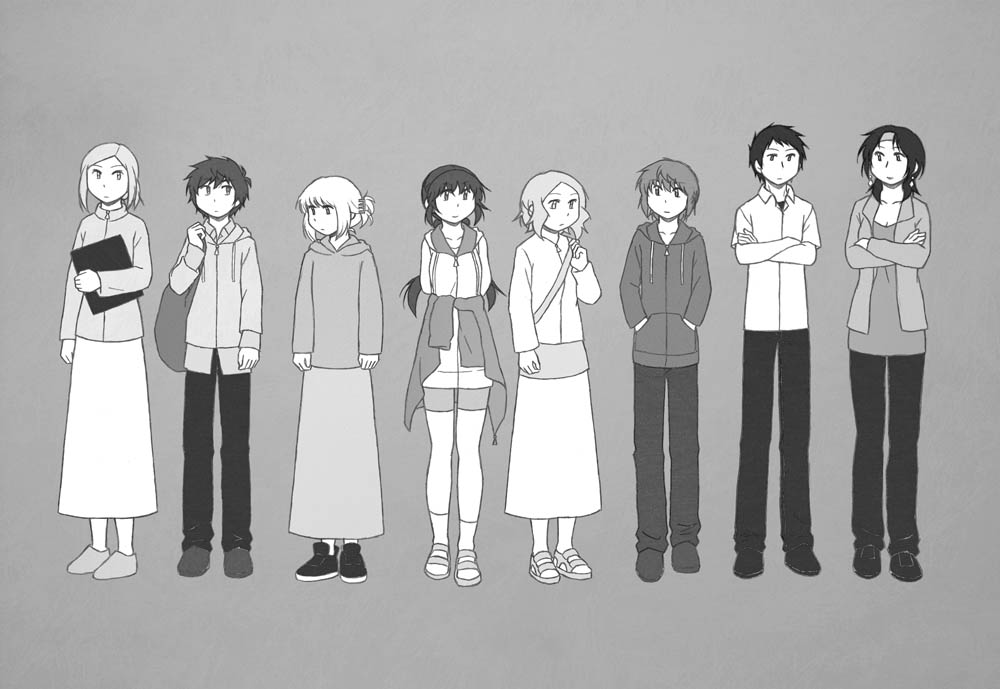 TL;DR: When it comes to the setting, I have basically been mixing various elements I like (or, in some cases, elements I am familiar with).